in Shameless Self-Promotion | No comments

Sharon Lee and Steve Miller will be signing books in person at the following venues on the dates shown: 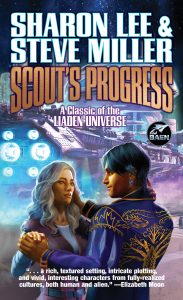 “The Last Train to Clarkesville,” Lee and Miller’s 101st collaboration, has been submitted.  This is something unique, in that it is a Liaden Universe® western.

Due to circumstances beyond our control Lee and Miller will not be making in person visits to ChiCon 8 — WorldCon — this Labor Day. No train trip to Chicago, no in-person Friends of Liad breakfast.
We will take part in virtual events, as available.
Read More
July | 2022 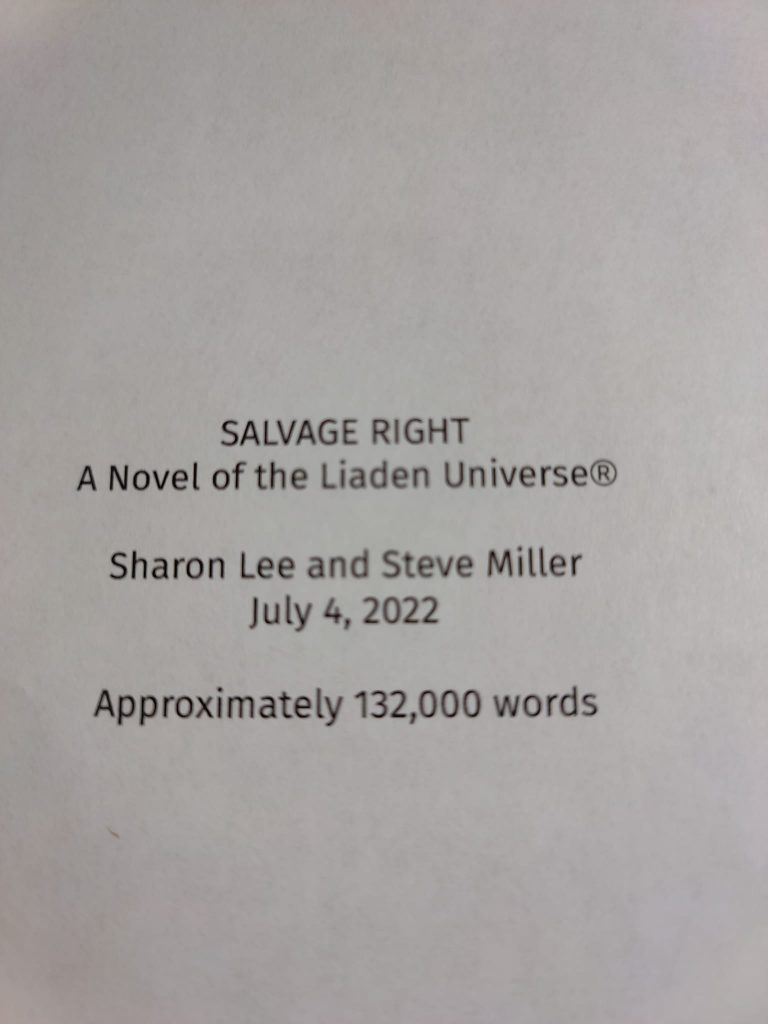 Sharon Lee and Steve Miller will be attending ChiCon8, the 80th World Science Fiction Convention, to be held in Chicago, August 31-September 4. The selection of panelists is on-going.  The Final Lee and Miller Schedule will be reported here, as soon as there is on.

Planning is underway for a Friends of Liad breakfast.  News of that event will also be posted here as soon as there is any.

Lee and Miller will be Writer Guests of Honor at Heliosphere, April 28-30 in Piscataway NJ, in their first in-person GOH gig since MidSouthCon in 2018. David Mattingly will be Artist Guest of Honor.

Let it be known that yesterday’s Writers’ Day Off” trip to New Hampshire was not only occasion for a leisurely drive to the Plymouth, NH environs but also a well-researched opportunity to meet with and adopt to our household one 21 month old Maine Coon cat from Kelimcoons, the same home that brought us Trooper, Sprite, and Belle. Currently going by the call-name Firefly, she is slated to assume the vacant fourth cat position.

Our new young friend was remarkably calm during her one hundred and fifty mile drive across state lines to the Cat Farm, only complaining once or twice – as who would not? – during several unexpected turn-and-bump situations.

On arrival at the Cat Farm, Firefly took up overnight residency in the second bathroom in order to recoup her energy...

Yesterday on Facebook, fearless editor Jason Cordova revealed the not-quite-final cover of the upcoming Chicks in Tank Tops (Baen, January 2023), and the Table of Contents.

Lee and Miller have a story in this anthology, and so do a bunch of other talented writers, which adds up to quite a TOC.

Don’t take our word for it, though, have a look for yourself.

Chicks in Tank Tops Table of Contents:
“Gadreel’s Folly” by Sharon Lee & Steve Miller
“Hold the Line” by Kevin Ikenberry
“A Girl and Her K’t’ank” by Jody Lynn Nye
“Airborne All the Way” by David Drake
“Airborne: The Next Mission” by David Drake
“Goddess of War” by A. C. Haskins
“Barbie and Gator Ken versus the Hurricane” by Joelle Presby
“Jeanne d’Architonnere” by G. Scott Huggins
“Operation Dad Liberation” by Lydia Sherrer & David Sherrer

Where do you get your ideas, Tinsori Light edition

many years ago — say in the mid 1990s — we were established enough in Maine (and the publishing world) to begin taking short vacations “at the ocean” … which for us meant Old Orchard Beach, since it was both the closest in time and the closest to what we expected of a beach, then — a sort of honky tonk boardwalky feeling, even if there was no real boardwalk.

In a kind of foreshadowing, and as a bow to Doc Smith, we’d chosen a place called “The Skylark Inn” for this adventure….

For some reason we’d decided to travel with a small AM-FM-Weather radio that could (if necessary) be powered with hand-crank...